The only certainty Wriphe contains is death.

Superman might not have time for movies, but I do. (Have you seen what's on television? I can only watch so much of that.)

First off, let's knock out these five at once:

There's not a whole lot to say about these individually. Most of them are fair to middling mysteries, nothing to write home about. Ruby Herring is still getting better with each installment, while Aurora Teagarden has given up on even acknowledging its red herrings. The others are good enough for watching with your mother when there aren't any game shows on.

74. (1728.) Comrade X (1940)
Imagine if they set a Cary Grant romantic comedy against the backdrop of the Communist revolution. It goes out of its way to intentionally misunderstand the revolution its satirizing — girls can't be boys! — but it does have its moments.

76. (1730.) Taxi Driver (1976)
I've been avoiding this for years because I thought I wouldn't like it, but I finally gave in... and discovered I was right. I felt slimy for watching. (Fuck Natural Born Killers. This is how you inspire murderers, as Hinkley Jr proved.) However, it does look and sound great. If any one movie is responsible for the feel of Fight Club, it's got to be this one. Probably not the best choice in the current political climate. 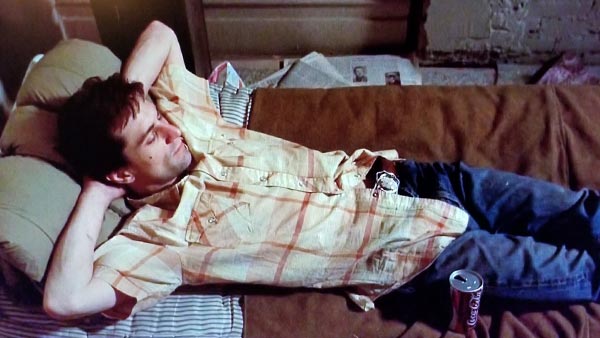 You drinkin' from me?

77. (1731.) Our Miss Brooks (1956)
Eve Arden and her radio/television show of the same name are great, but this film isn't. Ninety minutes is simply too long to sustain the man-hunter plot.

78. (1732.) Peter Rabbit (2018)
My Dad said he hated this because that rude rabbit Peter killed old man McGregor, which I really think says more about my father than this movie. I thought it was cute, especially thanks to the antics of the good bunnies, Flopsy, Mopsy, and Cottontail.