If you can get through Wriphe like this and get away with it,
hey that's great.

Last week, the Athens Banner-Herald ran a news story about deer/vehicle collisions on state roads, including my favorite road, US Highway 29. The story ended with this line:

"In three instances, deputies had to shoot the badly injured deer."

Think about that. Imagine a scenario in which a police officer "had to" shoot a deer. What do you see? Does it look something like this? 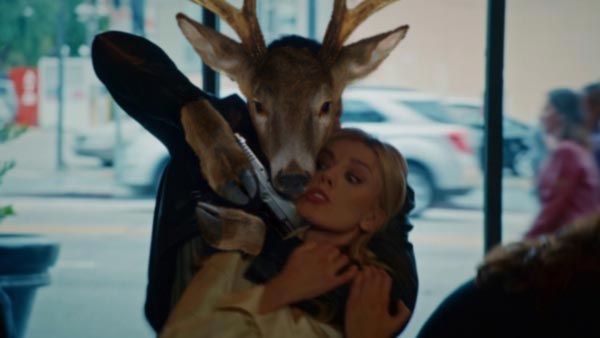 It should. Those collisions weren't accidents. They were yet another offensive in deer's eternal war against humanity.

What if, instead of shooting them, the officers had given the "badly injured" deer medical attention and let them go free? How many days do you think would pass before that deer attacked another car? What if next time, it was your wife's car? Or your daughter's? Can you really afford to take that chance?