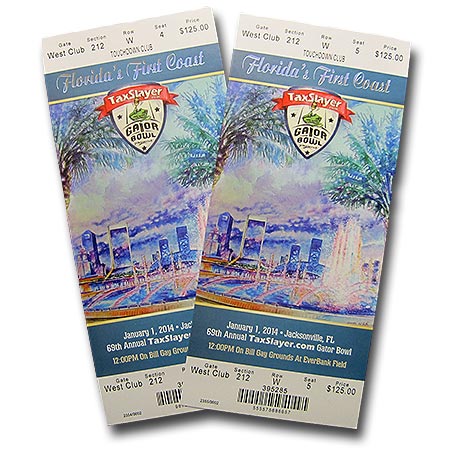 Georgia saved their worst for last, playing terribly in the 2014 TaxSlayer.com Gator Bowl against Nebraska. We beat the Cornhuskers 45-31 last year. This year, our offense could barely manage a single touchdown amid a flurry of field goals, losing 24-19 after a series of blown defensive plays and dropped passes. A Florida fan took pity on me in a Winn-Dixie after the game, and that's pretty bad considering that his team finished 4-8.

This was the first bowl game I'd ever been to, but like most of my trips to Florida, it rained the whole time. The fans from both teams were in a great mood, and the people in Jacksonville were very welcoming. Despite the weather and the play on the field, I had a pretty good time and remain willing to go to another bowl game sometime in the future.

Wriphe [Official Comment]: Posted Jan. 3, 2014 at 01:17:00 AM
This was posted on January 3, 2014. We got home from Jacksonville on Jan. 2 to find that we had no power in the neighborhood thanks to the latest blustery winter storm. Mom had been complaining about the 60 degree rainy weather in Jacksonville until she returned home to 30 degree windy weather.