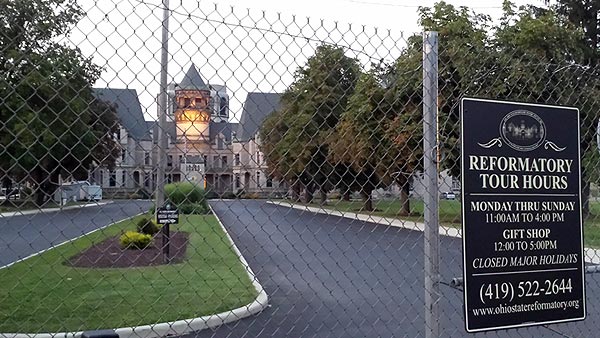 We had passed the Ohio State Reformatory in Mansfield, Ohio, late on Tuesday, and on Thursday we returned for the full experience. Self-guided tours were only $9. That's a bargain to wander around a giant decaying prison unsupervised. 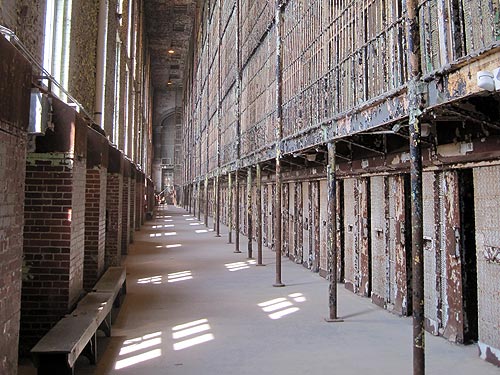 Opened in 1896, Mansfield has the world's largest freestanding steel cell block. The tour route takes advantage of this and leads you through the chapel to the top of the cell block stack where you get to descend six stories to the floor. It's a long walk, and more than a little frightening when you think that you are only being supported by century-old, decaying metal. 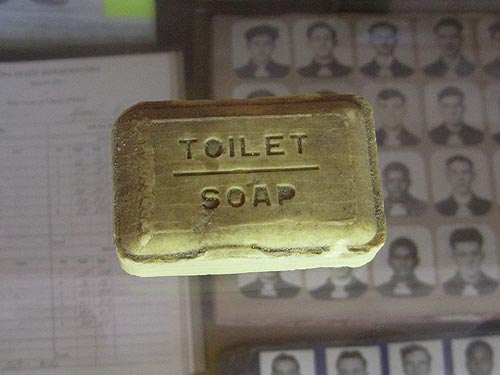 Periodic interactive displays on the tour describe the building's history. There's a heavy emphasis on Shawshank Redemption and Air Force One, both filmed here in the early 90s. Among other sights, you'll see the tunnel that Andy crawled through and the beam from which Brooks hanged himself. It's like visiting a studio backlot!

You can read more about the reformatory at www.ohiostatereformatory.org. 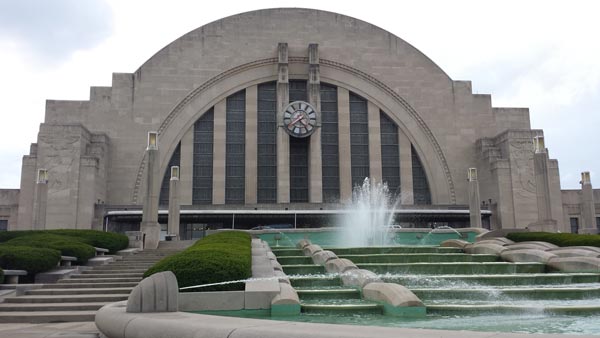 Next stop was the Union Terminal in Cincinnati. This 1931 train station has been converted into a museum center. We arrived too late to go to the museums, but the building itself was worth the visit. (You may notice a similarity between this building and the Super Friends' Hall of Justice. That's no coincidence.) 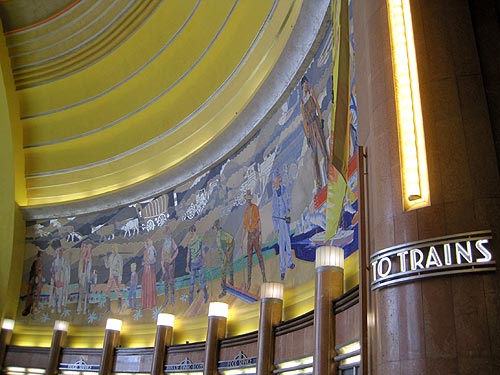 This was the second train station I visited in a 48-hour period. We had wandered through Tower City Center (formerly the Cleveland Union Terminal) on Tues. Tower City was significantly altered when adapted for use as a mall, but the Cincinnati Union Terminal maintains its original style (and many of the original fixtures). I don't think any photo can do full justice to its glorious Broadway-style signage or technicolor mosaics. 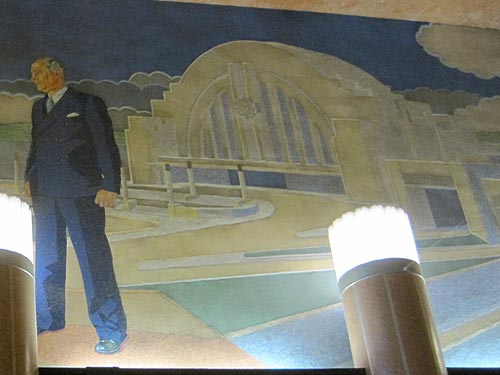 When looking at the harsh geometrical shapes of a deco-styled building, I'm always left wondering why buildings aren't made this way anymore. Everyone needs a little art in their life. They might as well have some in their buildings, too.

You can read more about the Cincinnati Union Terminal at www.cincymuseum.org.