While watching the Bulldogs lose the SEC Championship last week, I angered my brother by alienating his fiancée. Trey hasn't exactly told me that he's not talking to me, but I figured that he was mad because he wasn't answering my phone calls. I now also hear through the grapevine that I won't see him at all this Christmas, as he has chosen to avoid me and my mother this season. (From what I hear, Mom gets the blame because she did such a poor job raising me. Talk about holding a grudge!)

We all already know that I'm an asshole. Certainly, I resent that Trey won't spend any time with me now that he has a fiancée. I hadn't intended to insult her, but my resentment coupled with my natural anti-social behavior made me even less warm and fuzzy than usual. If that's even possible.

I know that I must be in the wrong. In a romantic comedy, I'm the character that starts out as a friend of the protagonist, but my reluctance to adapt to the circumstances resulting from the initial meet cute causes friction between me and the protagonist. My character becomes sidelined and eventually either A) comes to accept the new status quo, appearing cheerfully smiling as a member of the wedding party, or B) is revealed to be a sub-human wretch who gets fired from his job, falls into some dog shit, and is arrested in a comedic case of karmic mistaken identity for a child pornographer. Obviously, I'm working with my agent to land the part in script A.

So, I've been having a bad week. It's for times like these that I have a poster on my desktop. You know, that one with the cute cat and the motivational phrase? Yeah, this one: 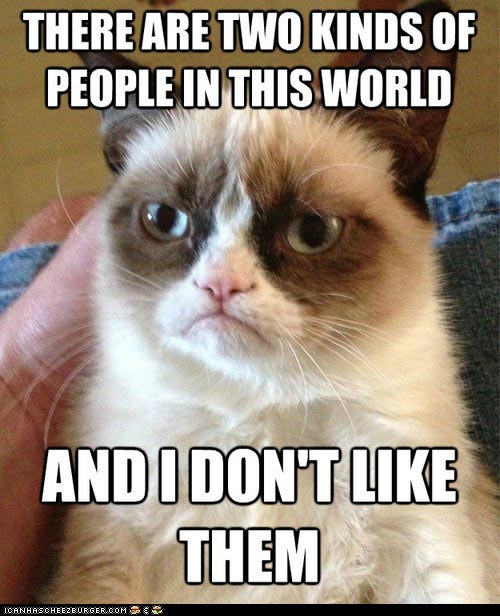 Thank you, Frowning Cat. You always know how to cheer me up. And Trey and Melissa, if you read this, know that I am trying.

Randy Posted Dec. 8, 2012 at 10:48:23 AM
Chase her through airport security while holding up a boombox. One of those things always works in the movies.

Bill Ingram Posted Jun. 20, 2017 at 09:35:29 PM
Re-read this post and ask yourself why Trey, and I, am no longer a part of your Mom's life. What 42 year old man says to his mother, upon hearing she is going to be married, "I guess you are choosing him over me." Maybe a 10 year old. You said essentially the same thing about Trey's fiancé, "I resented her taking my time away from my brother." In neither case was there any expression of happiness and joy for your mother or your brother. For you, it was all about you. Sad. Really sad. Grow up.